The history of Tropical Lane

The Tropical Lane is a young tradition of managerial skill born of four agents of the knitting industry, which Based on their long experience, decided to unite and create their own line of yarns. We are in March of 1976 and first start with the marketing of certain articles in the regions of Emilia Romagna and Marche, Quickly looking to expand their customer base.

With the hiring of the first agents and the consequent increase in the number of customers and regions covered, began to manifest itself more and more evident the need of having to have a production unit capable of ensuring these qualitative and technical standards that could ensure continuity of products necessary for a reliable presence on the market. 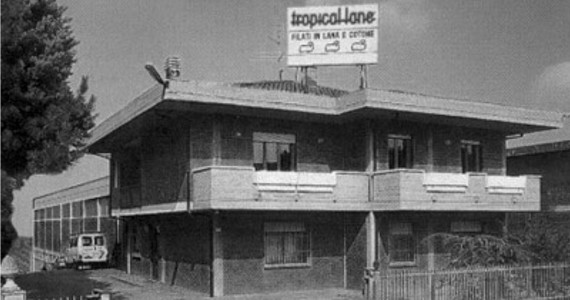 As a first step was to decide where to go, where to acquire the materials to be marketed; answer to this question was the Biella, the homeland of the textile industry for quality and tradition, quality has always been the goal of a company that was already expanding, but then he wanted to also keep the standings. Once Tropical Lane has overcome the problem of where to acquire raw materials and finished products, we had to overcome the phase of organization and development company, since, in the meantime, after covering all of North Italy since 1980 and since 1984 also the remainingregions of Southern Italy, had to find a solution of continuity and quality production to satisfygrowing demand.

It was born in the spring of 1984 Tropical Lane acquisition by a fee of an important group ofBiella knitting industry, quickly followed by a similar operation with an industry specialist in the cotton industry in Lombardy.

This was then the turn, helped by a favorable market situation clearly, so that allowed easyexpansion.

Since 1987 the industry suffered a sharp decline dell'aguglieria interest coincided with a period of vast economic problems across the country. This economic crisis has led to a painfulbut inevitable selection of shops, activities, people and companies in the industry, decimatedoutputs from the first years of economic and forced to run for cover to overcome the difficult period.

The "new" Tropical Lane begins to run from the spring of 1990 after the release of one of themembers and the renewed commitment by the three owners were: Corrado Ballabene CEO, Ferdinand Ciandrini commercial director, Emilio Lanci Production Manager,have changed fully structures enhancing investment in material resources and personnel.

After about 35 years, the Tropicallane finds himself in 2011 with a major change on the administrative-team, the two partners Emilio Lanci and Ferdinando Ciandrini replaced from the entrance of Ballabenes's sons, Stefano and Lorenzo; calledfor help improve the business system.

The Tropicallane is renewed with young people and begins to treat the external market, with particular attention in designing new products to be more competitiveon the market.